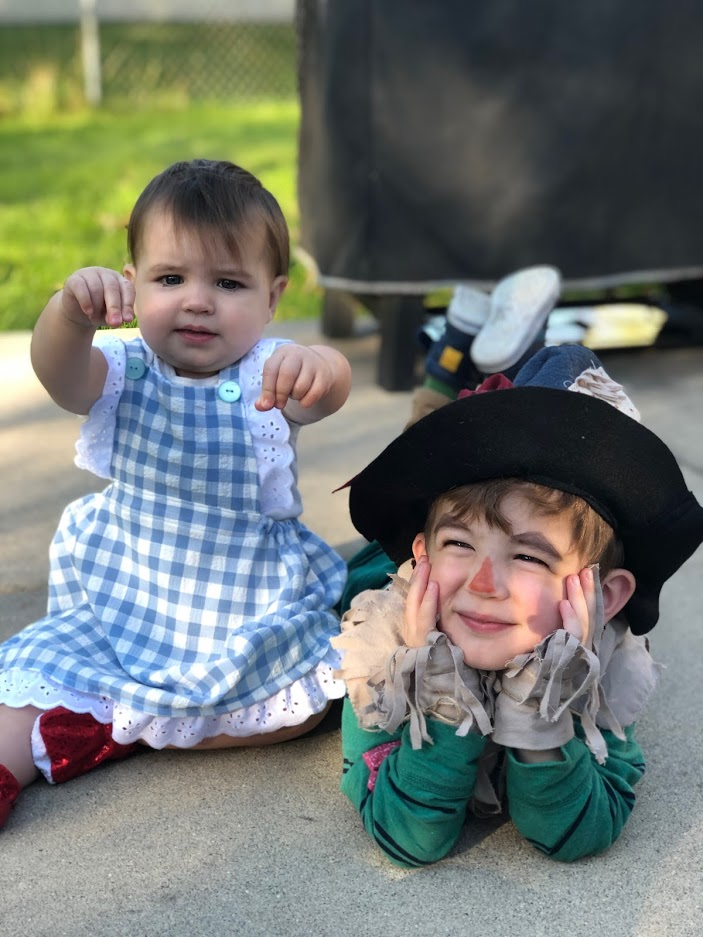 I LOVE Halloween. It is my favorite holiday. I don't know whether it's because all my favorite things have happened in October (my birthday, starting dating Kamran, my wedding) or if it's because I love horror movies and haunted houses so much. I go to the Soap Factory, a Twin Cities haunted house, every year with friends, and have been doing so for like seven years (minus the times I was pregnant, because they can touch you in the Soap Factory and I'm not messing around with that while pregnant!) I pretty much only go to horror movies in the theater, and my sister and I watch horror movies via Netflix and Skype all the time.

So, since Kamran and I have been dating, we have had couples costumes. In the past, we have been Ash and Pikachu, Ellen Ripley and John Hurt with the facehugger on him, Batman and Robin, and Walter White and Jesse Pinkman.

Since Rami was born, we have continued that tradition. For Rami's first Halloween, I was Snow White and Kamran and Rami were dwarves.

The next year, Rami was the Big Bad Wolf, Kamran was a lumberjack, and I was Red Riding Hood.

This year though, we have four people who need to match, since sweet Saira joined us. I had been mulling over what we could all be together, when Rami gave me an idea based on a book he loved: we could be characters from the Wizard of Oz.

I got Rami a size 5t shirt (he wears a 2t normally) so that I could use a twine belt and it would look more like a tunic. I had initially thought about completely making a tunic myself, but thought that was way too much effort for very little impact! So, here is the Goodwill shirt I used:

I then took a bunch of fabrics I got from my aunt after my grandma passed away, and cut them into little squares to sew on for patches. I also used the brown flannel to make little pieces of "straw" to stick out the sides of the patches.

It didn't take long to sew on all the patches. That was the easy part! Next, I used a piece of the brown flannel and cut it out as a hood to match Rami's sweatshirt hood.

I also made a hat out of felt. I didn't use a pattern at all, i just made it up as I went. I figured it was a scarecrow costume, and scarecrows are sort of a homemade aesthetic anyway. That fits my skill-level pretty well, thankfully. Here is my sweet Rami wearing the hat and hood. I eventually sewed on some "strings" made from the brown flannel so that the hood would tie closed.

The hat was simple; I measured Rami's head, used a pot lid to make a perfect circle, and then measured a piece of felt that would be wide enough for the top of the hat. I sewed a patch on the hat and used a spare piece of fabric as a little "belt" around the hat. Easy!

I'll post Rami's full costume at the bottom, after I talk about Saira's.

Saira's Dorothy costume would be a bit more involved. I didn't think I could just mock up a Dorothy costume all on my own, so I found a pinafore costume on Pinterest and just used my gingham to make it! I then used lace on the edges and had a little Dorothy dress for my girl!

The pattern I used was called The Sydney Pinafore, by Hayley from Welcome to the Mouse House. The pattern was lovely and easy, especially for a beginner like me. I really felt accomplished after I finished it!

Unfortunately, I didn't take photos as I was working on this dress, so I only have the finished product, which you will see below.

For the ruby slippers, I found a guide on Pinterest from That's Sew Nina! It's called the Cloth Baby Shoe Tutorial. The guide/tutorial was fairly easy, and was the same one I used to make my son's slippers, which you may remember from my previous post! These slippers are so easy and fun to make. The only problem I had was that I was using a standard sewing machine needle, when I should have been using a needle for stretchy material. A lady at the local sewing shop helped me find the right needles after I basically decided I hated sewing and wanted to throw my machine in the garbage.

Anyway, without further ado, here are my finished costumes!

I'm hoping to follow up this post with Part 2, including my witch costume and Kamran's Tin Man costume. Stay tuned!

How to Teach Yourself DIY 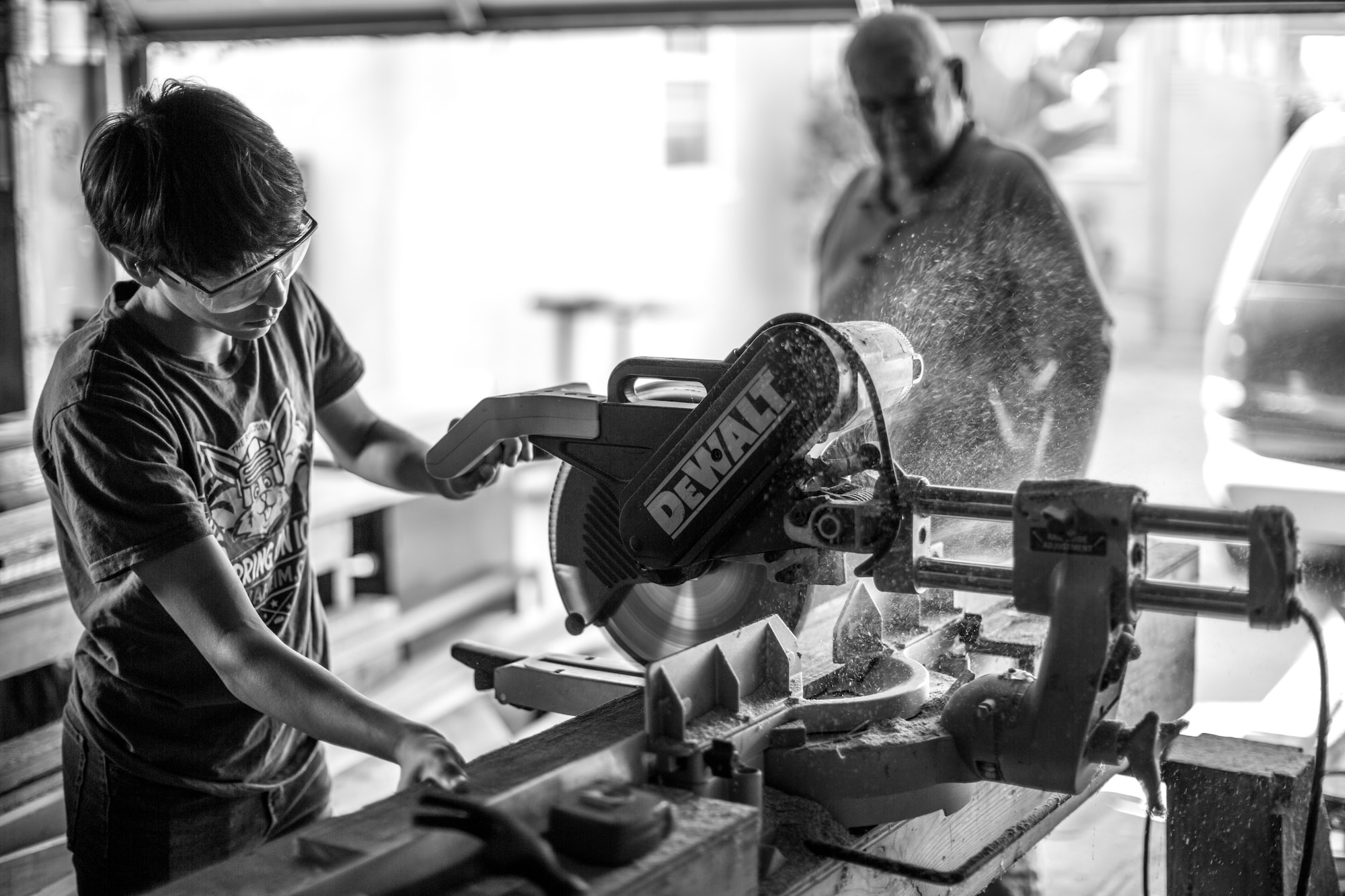 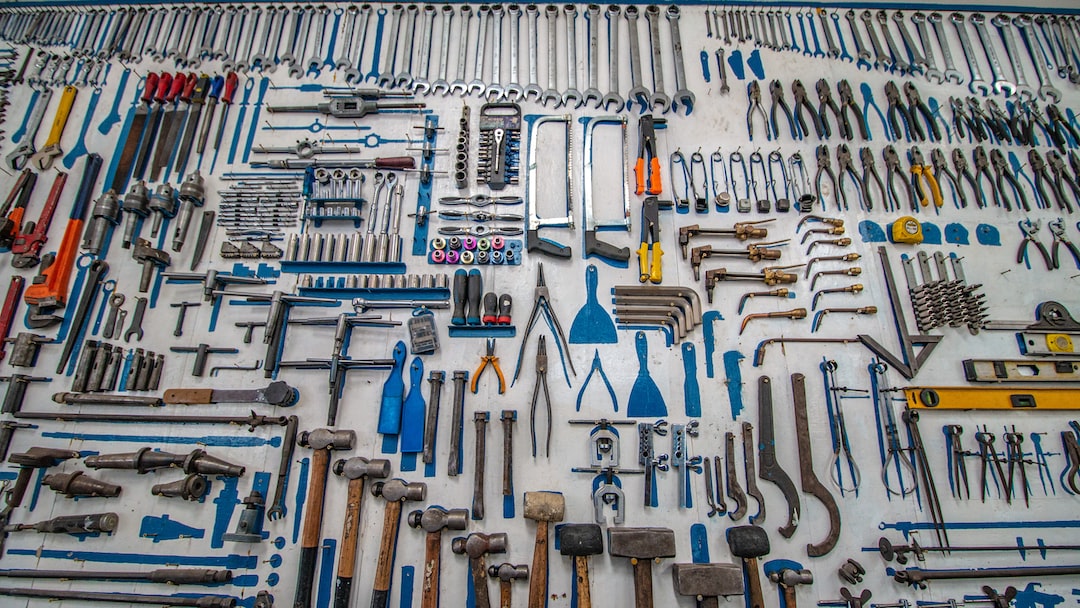