Continuing our Halloween costume series for this year, I'll go through how I created Saira's Batgirl costume. If you haven't already, take a look at what I did for Rami's costume!

As I said in the previous post, I used my toddler joggers pattern to create bat joggers. Halloween 2019 was really cold, and I didn't want a repeat of having to cover up Saira's sweet Dorothy costume due to the cold.

Now that I had her joggers complete, I decided for her shirt I wanted a plain black tee with a little purple tutu bottom on it. I purchased a black t-shirt from Target's Cat and Jack, because I figured it would be easier than making a t-shirt from scratch!

I sewed on her Bat Signal to really make it look like a Batgirl shirt:

I ended up cutting the bottom off of the shirt to more easily sew the skirt and tutu on, and I was able to use the bottom piece to make a Batgirl headband! I love using all the pieces rather than having scraps!

After sewing the bat signal onto the t-shirt, I cut a piece of the gold elastic to use as a waistband or connector for the tutu. I think it'll look really cute and go well with Rami's costume.

I used my regular sewing machine for this rather than my serger. I actually got a lot of help from this article by It's Always Autumn:

As you probably know by now, I'm a big fan of Autumn and I just think she writes the easiest and most useful patterns and tutorials. I cannot praise her writing enough. Following her tutorial, I sewed the elastic on top of the shirt fabric, then cut an old t-shirt into an approximate shirt-shape. I decided to go with a sort of purple on black theme, which I think follows the color scheme of the old show.

I chalked out my skirt shape and cut the two pieces out. (Don't worry it ended up looking a lot straighter after I cut it out!) I then sewed down both sides with right sides facing each other, and had a little makeshift skirt! I hemmed the bottom, because I knew I wasn't going to want to do so later. I didn't connect it to the shirt yet, as I needed to cut out my tulle pieces. I measured the tulle for two large pieces, about 32" by 10". I measured Saira's waist at about 21", so I had to cinch the pieces down to be around the same size as the shirt and elastic. I used a basting stitch to bring in the pieces, which wasn't too hard. I had to use white thread, because I literally had nothing even close to purple! And I am cheap and didn't want to buy purple thread. I also sewed the two pieces down the side.

On the left, you will see the skirt piece with the two tulle pieces on top. On the right, I have all the materials I was using to create the dress.

Lastly, I flipped the shirt inside out and matched the three skirt layers underneath to about the same size. I sewed around with the elastic on top. This was honestly the hardest part to me, because of the nature of the three different types of fabric (tulle, the elastic, and a cotton t-shirt). It was slow going and very frustrating. And of course, after all that work and sweat, I ended up sewing the tulle on backwards, so I have a huge white seam in the front!

Oops. My hope is that Saira is so cute that it won't matter! I was honestly too frustrated to pull it all apart and start again. Check the title of the blog for more information.

The only piece left was the cape! This was easy. I cut out a general cape-shape out of purple sparkly fabric, to approximately match the size of the yellow Robin cape that I had. I knew I needed a shorter cape for Saira, since she's only going to be almost 2 at Halloween. I then used purple ribbon for the tie. This was easy, and I'm actually shocked at how nice it looks! (I also serged around the edge of the cape to finish it, and it looks very professional, at least compared to the backwards skirt!)

So, I had my Batgirl! I'm really happy with how the costume turned out. Saira is not as much into costumes as Rami at this point, but she has started to wear it when he wears his Batman sweatshirt.

Next up, Robin and Poison Ivy (I always end up as villains, somehow!) 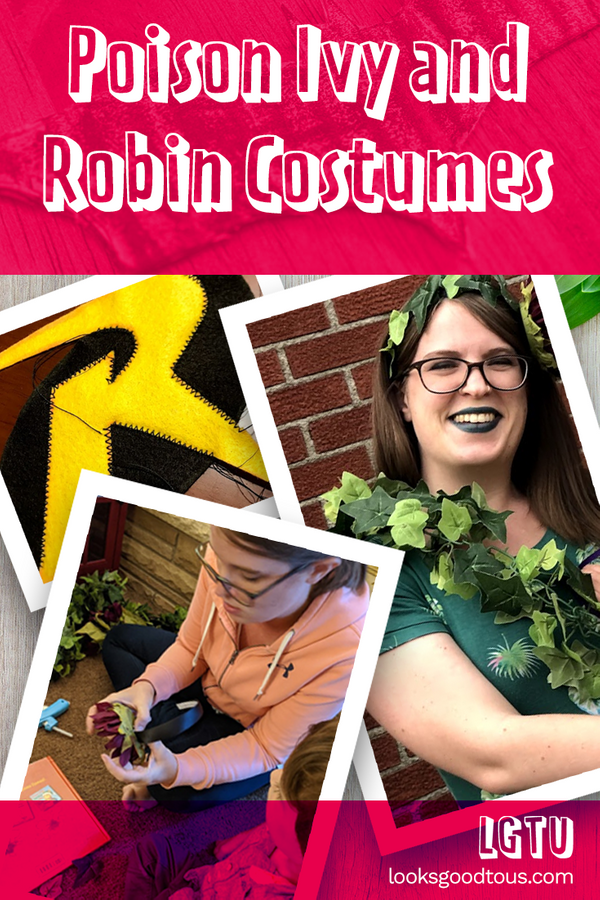 In the previous posts, I covered how I made the Batman and Batgirl costumes for the kids: Sewing a Homemade Batman Costume for ToddlersWe are dressing up as Batman characters 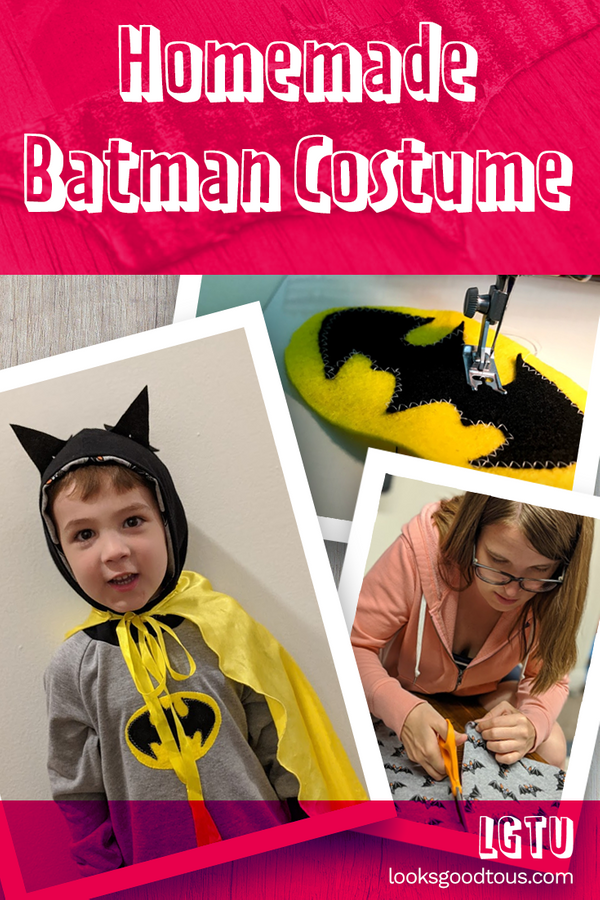 We are dressing up as Batman characters for Halloween. I wanted to share how I made Rami's Batman costume!