In my family, I'm the person who does a lot of genealogy research. I like to examine family history and traditions that I've always assumed were ubiquitous, but sometimes turn out to be different from anyone else I know. I love little family details, whether they are about my family of origin or someone I know is telling me about their own family. For example, my family uses the word "coulee" to describe a ditch or drainage area. I always assumed this was a common word, and in some places it is. However, I've talked to a lot of people as an adult who have never heard this term. It turns out it's a French Canadian term, and it just so happens that my family is partly French Canadian!

All this to say that I think a lot about traditions and what I'd like to pass on to my children, and future generations. What words will they continue? What phrases? When Rami is a grandfather, what will he say about me to his grandchildren? When Saira has her own children, what will I pass on to her as a mother?

One very small and sort of silly tradition that we started when we moved to our current house was Slipper Sunday. On Sundays, Rami wears his slippers that I made him, and we all try to stay in comfy clothes. I try to join him and wear my slippers too. Obviously this doesn't always happen. Over the summer, I think we maybe had Slipper Sunday once. Now that it's getting cold , I'd like to start it up again. So to fit with that lounging, comfortable Sunday feeling, I decided that I would sew a bath robe for Rami for Christmas. As I type this, I'm also thinking of another tradition I'm hoping to start this year: I'd like to sew something special for each kid each Christmas. I'll chronicle Saira's gift in a future post.

First, I had to find a toddler-sized robe pattern. Though I'm getting better at sewing and starting to really understand sewing patterns, I am nowhere near being able to design my own robe pattern. So, I search Pinterest to see what I would find.

I ended up finding an incredibly cute little robe pattern from Melly Sews called The Sleepy Robe. The pattern is free, and the author Melissa is an easy-to-follow writer.

Picking out a fabric

I found a nice flannel fabric for a good price at a local sewing shop, and bought a yard. I printed and cut out the pieces for the fabric, and got sewing.

If you're looking for plaid flannel, I found a very similar one online, Yarn Dyed Flannel Plaid Red.

The fabric sewed up nicely, and I liked that it wasn't too thick. I'm the type of person who gets overheated easily, and I think my son is the same. I wanted the robe to be something he could wear after a bath with just underwear, but also something he could wear around the house over his pajamas, like when we eat breakfast in the morning together or throughout the day on Sunday.

Through most of my sewing projects, I've had a moment or two where I have just felt dejected. Where I've made some stupid mistake or I feel like I have no idea what I'm doing. A few times, I've felt like giving up, or throwing away my fabric (or even my sewing machine, to be honest). This project was different though; I felt like it was challenging enough that I learned from it, but it wasn't so hard that it was frustrating. It actually reminded me of the graph below, which describes the connection between anxiety/arousal and performance. Not enough anxiety, and there won't be enough attention and interest to have a good performance. Too much anxiety, and performance is impaired. This pattern is right in the sweet spot for optimal performance.

In programming we have our own take on this, Ballmer's Peak, named after a previous Microsoft CEO, Steve Ballmer. It describes the sweet spot where you've had enough to drink where your programming skill is significantly enhanced followed by a precipitous drop-off. A study says it might be a real thing. Cheers, 🍻 – Kamran

The whole robe didn't take me too long in total time (it was probably two weeks total, because I really only get to sew an hour at a time, a couple of times per week). It's hard to find a big chunk of time to sew when you have kids. Especially because my 11 month old is still nursing, so any time she starts crying, I have to go feed her.

Even though the robe is meant to be a Christmas present, I couldn't resist having Rami try it on for a little photo shoot. I'm still going to wrap it up and give it to him later. He won't remember, right? Right!?

I still have Saira's Christmas present to make, plus I'll be making a cross stitch for a friend that I think will be pretty magnificent. It's already November now, so I'm a little nervous about finishing everything. If only time would slow down!

This will be a two-part series on chasing down energy vampires. Part 1 is about Going on the Hunt and who to call when you need some help... 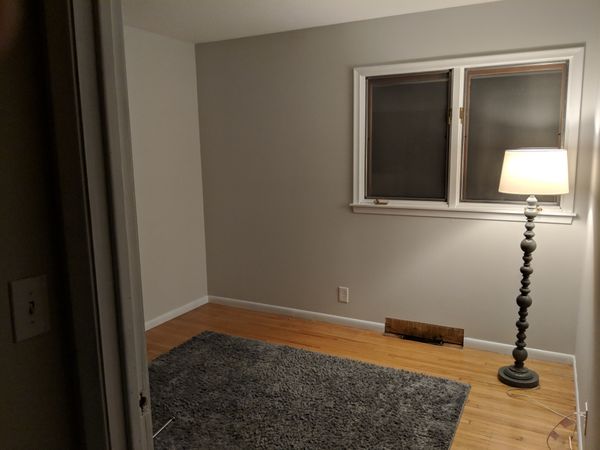 I recently finished painting some old honey oak trim and baseboard in my daughter's nursery and it turned out great! This is a great first DIY project.